Here are the latest and greatest science fiction shows you can find on Netflix currently! Of course, these aren’t the only stellar shows available, but they are some of the best.

“Having gone missing seven years ago, the previously blind Prairie returns home, now in her 20s with her sight restored. While many believe she is a miracle, others worry that she could be dangerous.”

This summary from IMDB doesn’t even come close to describing how epic this series is. If you’re looking for a show that combines all the best elements of Stranger Things, Criminal Minds, interpretive dance and Phyllis from The Office, this is the right show for you. Where was Prairie when she was gone for seven years? How did she get her sight back? How is Phyllis involved? The answers to these questions will have you SHOOK. SHOOK. The fast paced plot leads you on a series of twists and turns, that makes you anxious to start the next episode. Season two is being created currently, release date unknown, and once you watch the first season, the second can’t come soon enough.

“When a young boy disappears, his mother, a police chief, and his friends must confront terrifying forces in order to get him back.”

Stranger Things is a national treasure. And it’s not too late to catch up on the first season before the second season airs on Netflix on Halloween this year. The show is funny, suspenseful, a wee bit spooky, and at times the fabulous Winona Ryder has been known to make the audience shed a tear or two. Stranger Things expertly combines the tales of kids on bikes trying to solve a mystery, otherworldly phenomena, and government conspiracy. Along with the 1980’s aesthetic, this series has literally everything. If you have a soft spot for cute kids with missing front teeth, you will LOVE Dustin. I love Dustin. Honestly I am still waiting for him to get his own spin off show, but that’s another story.

“A television anthology series that shows the dark side of life and technology.”

My Fitbit counted my watching Black Mirror as exercise time because of my increased heart rate. I just wanted to put that out there. This show is WILD. Each episode is a different story, some set in far off futures completely dictated by technology, others in more modern times. But they are all equally crazy. The show offers answers to questions such as what happens when people become too addicted to social media? How can technology make soldiers completely obedient? What happens when we’re given an option of what happens to our consciousness when we die? I’ll give you a hint: the answers aren’t pretty. 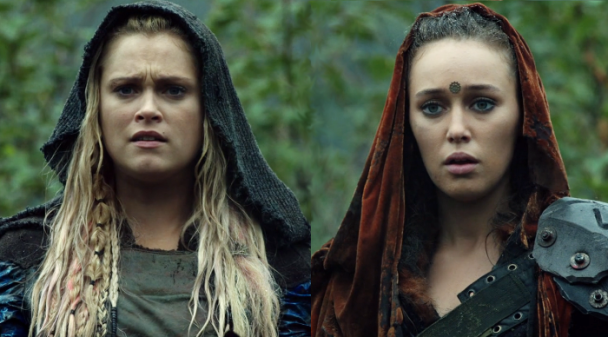 “Set 97 years after a nuclear war has destroyed civilization, when a spaceship housing humanity’s lone survivors sends 100 juvenile delinquents back to Earth in hopes of possibly re-populating the planet.”

The 100 is another spin on the young adult dystopian story that has become so common in entertainment lately. Luckily for you, The 100 provides a refreshing twist on the usual, overdone YA fad. One aspect that makes it unique is the variety of characters, and the amount of depth given to each. You really start to empathize with the characters, but it’s complicated because well, they’re criminals. You spend most of the time rooting for them and their survival, and then something happens to remind you that “hey, this kid’s a murderer! That’s why he’s here in the first place.” There are three seasons on Netflix and the fourth season is currently airing on the CW. It’s a great story, but often uses fighting to move the plot along. If you don’t have the stomach for gore, you may not enjoy this one very much. 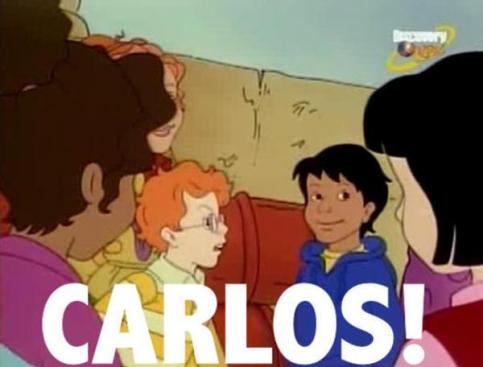 “An eccentric school-teacher takes her class on wondrous educational field trips with the help of a magical school bus.”

Netflix is recreating a childhood classic, staring Kate McKinnon as the voice of Ms. Frizzle! I am particularly excited because the Magic School Bus was my absolute favorite show as a kid. It’s full of classic one-liners and bad puns that I still laugh at as a more grown up-ish kid. And now, we’ll be able to enjoy the next era of Magic School Bus splendor. Who knows where the bus will take the kids on their next field trip.

Look! They even visited dinosaurs, which you can do at Land Before Late Night Breakfast later this month! 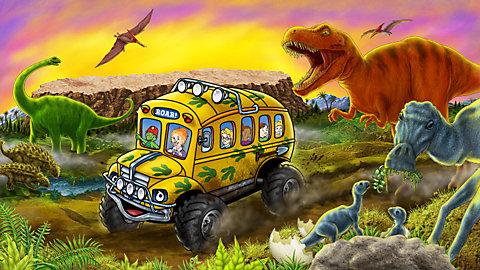 Your professor’s just told everyone your next assignment is due in two weeks, right when you come back from spring break. Chatter commences while people are exchanging what airlines they’re taking, and all you’re exchanging are desperate looks to everyone in the room in hopes that you aren’t the only one who has -3 plans.

The kid with questionable hygiene who lent you his pencil two weeks back?

The girl who reminds the professor of the homework he assigned that he forgot about?

And that’s when you devise what’s arguably the best plan you’ve ever had; how you are going to fake your spring break.

Step One: The Blueprint

“I’m going to go to Miami first flight out Monday morning,” you tell your Media & Politics 470 friend the next day.

“What hotel? I’m going to Miami too!” she says.

This is about when you start to sweat, but you cheerfully tell her, “The National Hotel! On Collins Ave. They have this rooftop bar that overlooks the pool!”

You did the website walkthrough, you’re no amatuer. You planned every detail out. 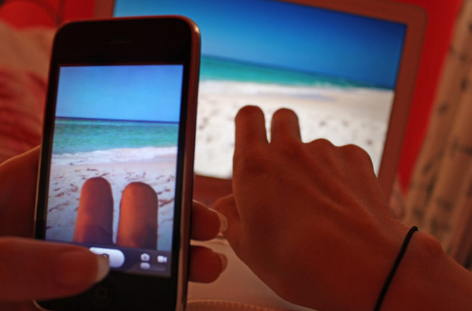 It’s the first weekday of Spring Break. You craftily place your two fingers in front of a google images beach photo from Miami, and add the National Hotel to your location in the instagram post. What’s the caption? You refer to your Blueprint. “Changes in latitude, changes in attitude.” Just the right amount of ambiguity for a first post.

Step Three: The Close Encounter of the Spring Break Kind

Your friend from class texts you asking to meet her at The Regent Cocktail Club 15 minutes away from your hotel. You hastily google it, and note they’re doing a $3 strawberry margarita special.

You reply, “Our concierge told us they were doing a $3 strawberry margarita deal!! Is that true? I’ll try to get my friends to leave the hotel pool!”

30 minutes later you tell her your friends wanted to go elsewhere, and that you should hang later in the week. 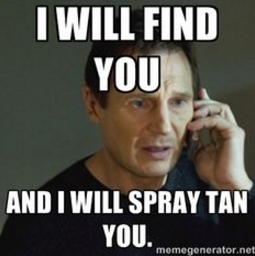 It’s the weekend before classes, and you have to find means to sport all the Miami sun you got. Beach Bum Tanning & Airbrush Salon never seemed so ingenious until now.

As soon as you walk in, the lady winks and says, “So where did you go for Spring Break?”

You laugh, and divulge every trick and stealthy post you did. She tells you her daughter went to the Bahamas for the week, and that she’s going to keel over at your story.

You’re back in class, and your professor asks everyone to go around and say what they did for spring break. The one girl reminds him of our assignment, and he graciously thanks her. She starts us off by talking about her spring break in the Bahamas, but then pauses, and begins to unravel the story of how her mom works at a spray tanning place in town, and that apparently, she met a girl who faked her ENTIRE spring break.