Everybody knows Jesse McCartney’s hit song “Beautiful Soul” and that he was in an episode of The Suite Life of Zack and Cody, but only true fans know these facts! 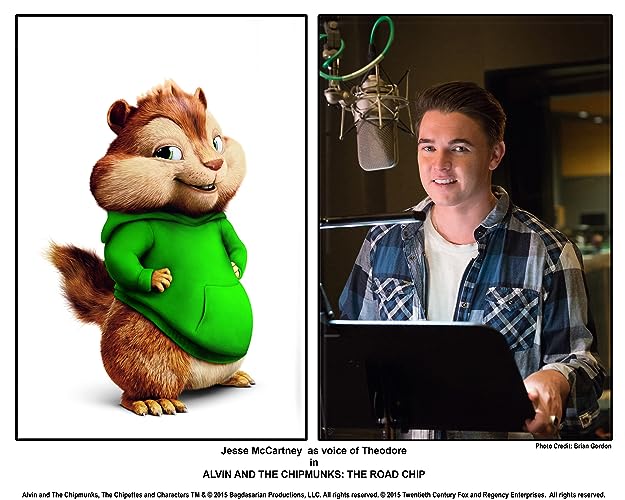 Did any of the chipmunks in the Alvin and the Chipmunks movies sound familiar to you? In fact, Jesse is the voice actor for Theodore (the one in the green sweatshirt). He’s also been in Chernobyl Diaries, Horton Hears a Who!, and various Tinker Bell movies. 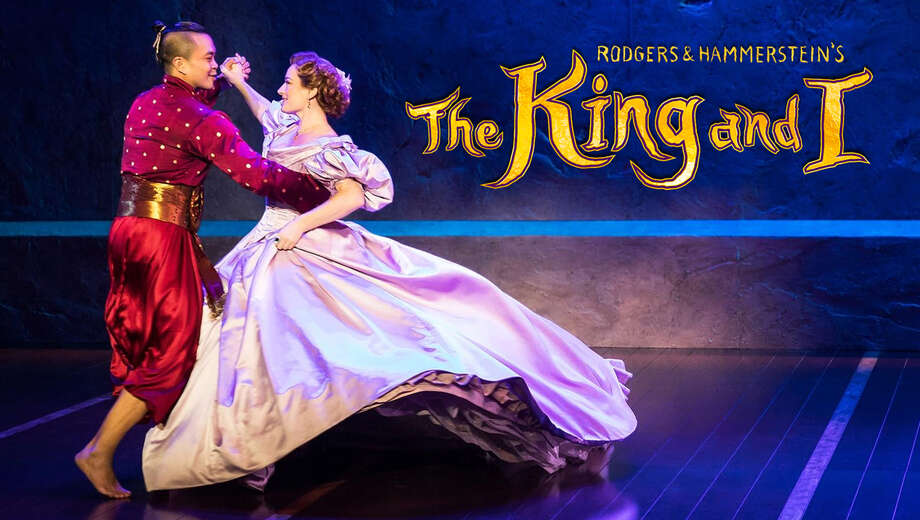 His first national tour wasn’t actually based on his solo music; he was in a musical! In 1997, he started touring with The King and I, the tony award-winning musical from the ‘50s. He was also in A Christmas Carol at Madison Square Garden.

The Suite Life of Zack and Cody isn’t his only television venture! He’s been in a bunch of other hit TV shows, like Hannah Montana, CSI, Fear the Walking Dead, Greek, Young Justice, and Law & Order: SVU. He was even in All My Children when he was 11. 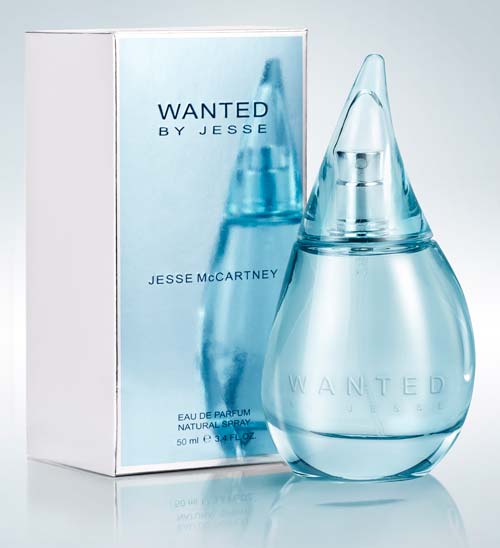 Jesse has his own fragrance! He released “Wanted by Jesse” in 2011.

Even though he’s had a platinum selling album, Jesse considers his biggest accomplishment co-writing Leona Lewis’s #1 song “Bleeding Love”, which was nominated for Best Record of The Year at the Grammy’s in 2008.

7. …and Jesse McCartney is coming to JMU! 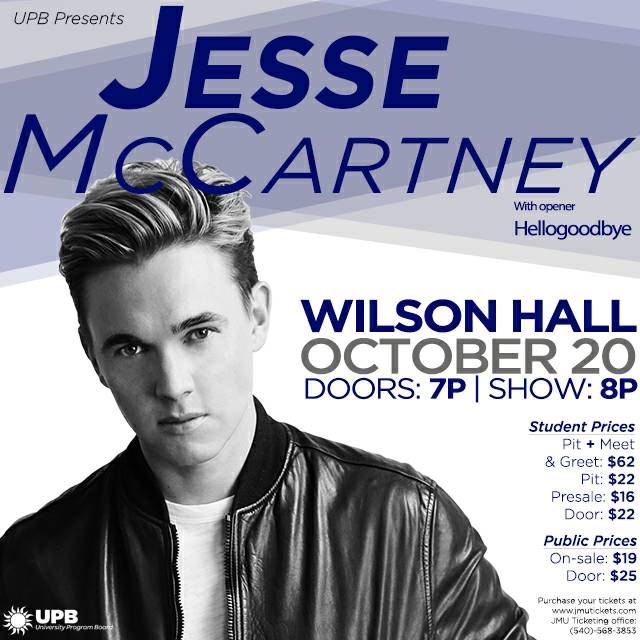 He is coming to JMU tonight!

It’s been a couple weeks now since Kanye West released his highly anticipated album, The Life of Pablo, and yes, it’s fire. After months of empty twitter promises and three name changes to the album, West partially streamed 10 of his new beats during the Yeezy season 3 event in New York City, which in all truth, was also fire.

The whole album is now available on Tidal, a streaming service owned by his buddy Jay Z, and which most of us had no idea existed until The Life of Pablo. Tidal charges $9.99 a month for unlimited access, but it offers a free month trial (perfect for broke college students) where you can listen to Kanye’s new album until it hopefully becomes available in other platforms.

The featured artists on this new album are superb. The Weeknd, Ty Dolla $ign, Rihanna, and Frank Ocean are just some of the collaborations he included. The Life of Pablo has more of a spiritual vibe than his previous albums, which reflects the recent interest Kanye has put into gospel music. This is better visible in tracks like “Ultralight Beam” and “Lowlights,” the latter one performed by a mysterious woman, who apparently is a Jamaican songwriter.

Since Kanye can’t stop being so Kanye, it was no surprise that some of his lyrics would spark some passionate debates on social media. The whole “Taylor-Kanye” conflict made headlines and is yet to be over, but at least we got some good tweets out of it, not to mention the epic shade Taylor Swift threw at Kanye during her Grammy speech.

If you haven’t already, stop what you’re doing and listen to The Life of Pablo. Chances are you too will end up saying “I Love Kanye.”

Jack Garratt released his debut album, Phase, about a week ago and I have had it on repeat ever since.

He has a music style that is difficult to categorize and once you listen to it, you will realize why. His songs have an electro-R&B sound with the use of the keyboard, guitar, and drums. The definition of a one-man-band, Garratt uses a loop pedal to layer all of the instruments and sounds in his songs. With his soulful, intense, and captivating sound, he brings something different to the table, or in this case, to the speaker. While the entire album is brilliant, “Surprise Yourself,” “Falling,” and “Fire,” are must listens.

There has been a lot of buzz for this guy with the release. Recently, Jack Garratt has been on Apple Music’s new artist spotlight and on Spotify’s New Music Friday playlist. Most notably, he was named that #1 sound of 2016 on the BBC’s annual poll that is voted on by experts of the music industry in the UK. Garratt joins the company of Adele, Sam Smith, Ellie Goulding, and HAIM on the list, who were all winners in previous years so don’t be surprised if you see this name all over the charts soon.

You can listen to his album on Spotify, Apple Music, or, better yet, buy it on iTunes! You won’t regret it.

This past Friday, February 19th, Kesha’s hopeful fight for justice came to a screeching halt and people are finally taking notice.

The Backstory: It has been 17 months since Kesha’s last visit to court when she sued her producer and founder of Kemosabe Records, Dr. Luke, for drugging, raping and abusing her shortly after her 18th birthday. This alleged verbal and physical abuse continued throughout the last 10 years of them working together, but there is no concrete evidence to validate this. Dr. Luke denied these claims and believed that Kesha and her team were falsely accusing him to extort money.

The Update: Kesha is contractually obligated to produce 6 albums with Sony which would require the singer to work in close quarters with the man who abused her. The purpose of Friday’s court ruling was to release Kesha from her contract, allowing her the freedom to make music with another record label.

The Verdict: The New York Supreme Court sided with Dr. Luke, refusing to free Kesha from her contract, binding her to create 4 more albums with Kemosabe Records. Thus came the birth of the hashtag #FreeKesha, which has taken social media by storm. Prominent musicians and celebrities such as Lady Gaga, Lena Dunham, Kelly Clarkson, Lorde, Ariana Grande and Demi Lovato have been speaking up in support of the pop singer. Taylor Swift has even given Kesha $250,000 in monetary support.

What’s Next: This is only the first ruling in the case, so Kesha fans will have to wait patiently for new music as this is likely the beginning of a long and grueling legal dispute.

Kanye West plans to release his 7th studio album on February 11th. The album has undergone several name changes ranging from “So Help Me God,” to “SWISH,” to “Waves”.  The album’s latest name change has been hinted by the singer himself with the initials “TLOP,” but he hasn’t officially released the title. West has taken to Twitter, saying that if anybody can guess the name they’ll get free “Yeezy” shoes. With the indecisiveness of what he actually wants to call the album, it seems that also remains constant with the sonic element.

When asked what listeners could expect from the album, Kanye claimed, “ultra light beams.” Still unclear? A more realistic depiction of the album was painted when he stated; “This is a gospel album with a whole lot of cursing on it.” Sounds like a review my grandmother might have given, but this is Kanye West, a multi Grammy winning and highly decorated artist. The guy who brought us the extraordinary albums “College Dropout,” “Graduation,” and “My Beautiful Dark Twisted Fantasy.” But also the same person who gave us the ‘what on earth are you thinking’ “Yeezus” and “808’s & Heartbreaks” albums.

So what should we really expect? Which Kanye will show up this time around? West himself claims that this will be “ONE of the greatest albums of all time,” after previously restating his assertion that ‘TLOP’ would be “THE greatest album of all time”. West pays homage to artists 50 cent, Jay Z, Stevie Wonder, Michael Jackson, Marvin Gaye and several others to support his retraction. Let’s assume for a second that he really does put out a magnificent album; let’s even say ‘generation-defining.’ Now we’re talking like Kanye really does belong among those names listed above; that’s how important his contribution to the hip-hop genre has been.

But what if it tanks? Well let’s reassess on February 11th, tomorrow. As hard of a person Kanye can be to cheer for, I hope whatever ultra light beams make up ‘TLOP,’ are brilliant.